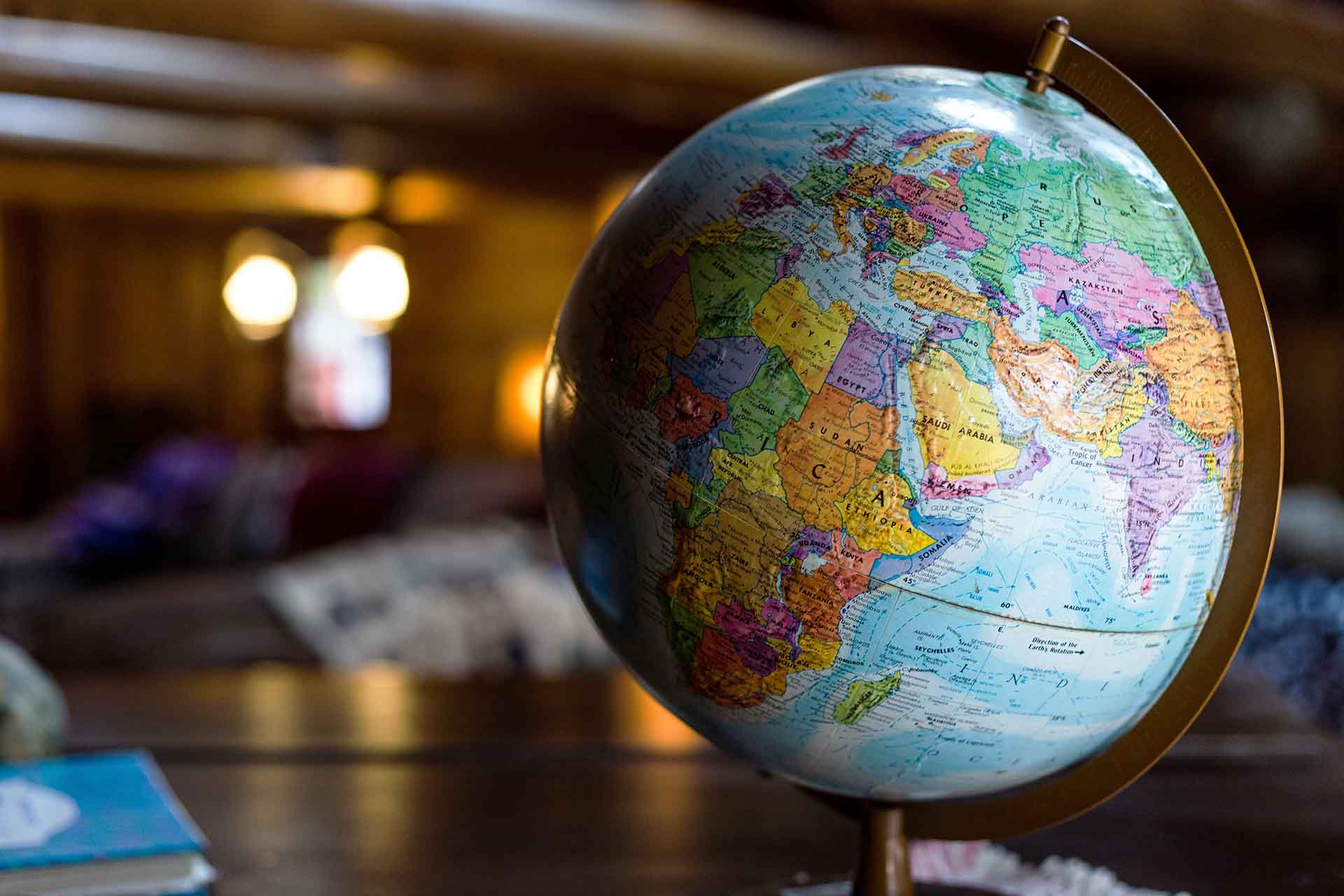 The global economy has faced many setbacks this year due to inflation, the war in Ukraine, China’s zero-Covid policy, and many other factors. Unlike the U.S. which largely rebounded from the pandemic, many countries have faced a tougher road to recovery. The effects of high energy prices and supply chain problems have only added to these difficulties. Still, there are reasons to maintain a broad perspective on the global landscape, especially as these factors stabilize. How might this evolve in the coming year and what impact does it have on long-term portfolios?

While one of the core principles of investing is to be diversified, this is often easier said than done. Within the U.S., investors already have many factors to consider such as sectors (e.g. energy vs tech), styles (e.g. value vs growth), and sizes (e.g. small vs large caps). However, investors shouldn’t neglect to look beyond U.S. borders at international opportunities. Staying on top of developments across global economies, including trends in trade and geopolitics, can make investing exponentially more complex. Fortunately, diversification can benefit investors even without following events and data in every country. What helps is simply to focus on the right global trends.

Global growth is expected to slow further in 2023 before recovering

For instance, simply understanding global growth expectations can be valuable. Twice a year, the OECD, an international organization consisting of mostly developed countries, releases new economic projections across regions and countries. Its most recent report highlights the challenges that still face the global economy. Overall, worldwide economic output is forecasted to decelerate from 3.1% in 2022 to 2.2% in 2023. These numbers represent significant declines from 2021 when many economies were roaring back from the pandemic and before inflation began surging.

There are a few important points to note from these forecasts. First, while growth is expected to slow, few major regions and countries are anticipating recessions (i.e. negative growth). Even where recessions are expected in major countries, the declines are small and not on the scale of 2008 or 2020. This is true even in Europe which is on the front lines of the war in Ukraine and has been heavily exposed to rising energy prices. So, although growth in the region will be meager, dragged down by countries like Germany, it could also be supported by growth in countries such as France, Spain and Italy.

In contrast, China might experience re-accelerating growth if it begins to ease its Covid policies, allowing its economy and manufacturing activities to fully reopen. This is also true in Japan which has experienced only modest inflation, unlike most other parts of the world. Other major countries in the region, including Korea and India, are expected to see relatively steady growth. Unsurprisingly, Russia is the outlier and is expected to shrink by 3.9% in 2022 and 5.6% in 2023 due to the heavy toll from its military campaign.

Major currencies have reflected economic weakness in many countries 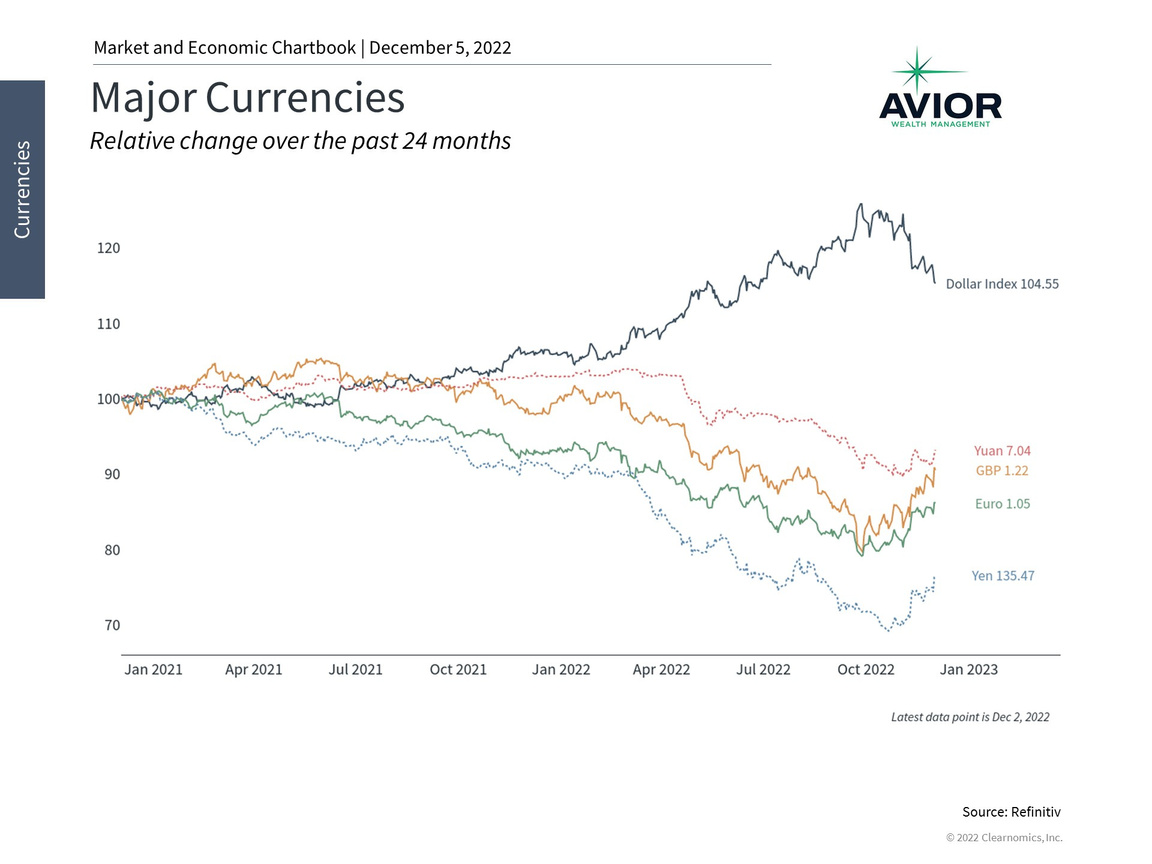 Second, these forecasts also suggest that growth could rebound again in 2024 once the economic shocks of the past year begin to fade. Based on this, nearly all economies are expected to experience positive growth in 2024. While multi-year forecasts should be taken with a grain of salt, they suggest that many economies can eventually bounce back from today’s challenges.

Finally, what matters to investors is that, despite ongoing economic challenges, it’s likely that markets have already priced-in much of this information. After all, the inflationary and geopolitical pressures that have driven these trends have been on investors’ radars since the start of the year. In fact, any easing of these pressures could help to improve investment and valuation prospects.

For example, the U.S. dollar had been appreciating in value for much of the year until recently when the Fed confirmed that they may begin to slow the pace of rate hikes. Many countries that experienced weaker currencies during this period may have had difficulty buying foreign goods including food and energy, exacerbating their inflationary problems. The fact that the dollar has weakened recently may provide some relief. For U.S.-based companies, a weaker dollar can be a welcome sign if it helps to boost foreign sales. 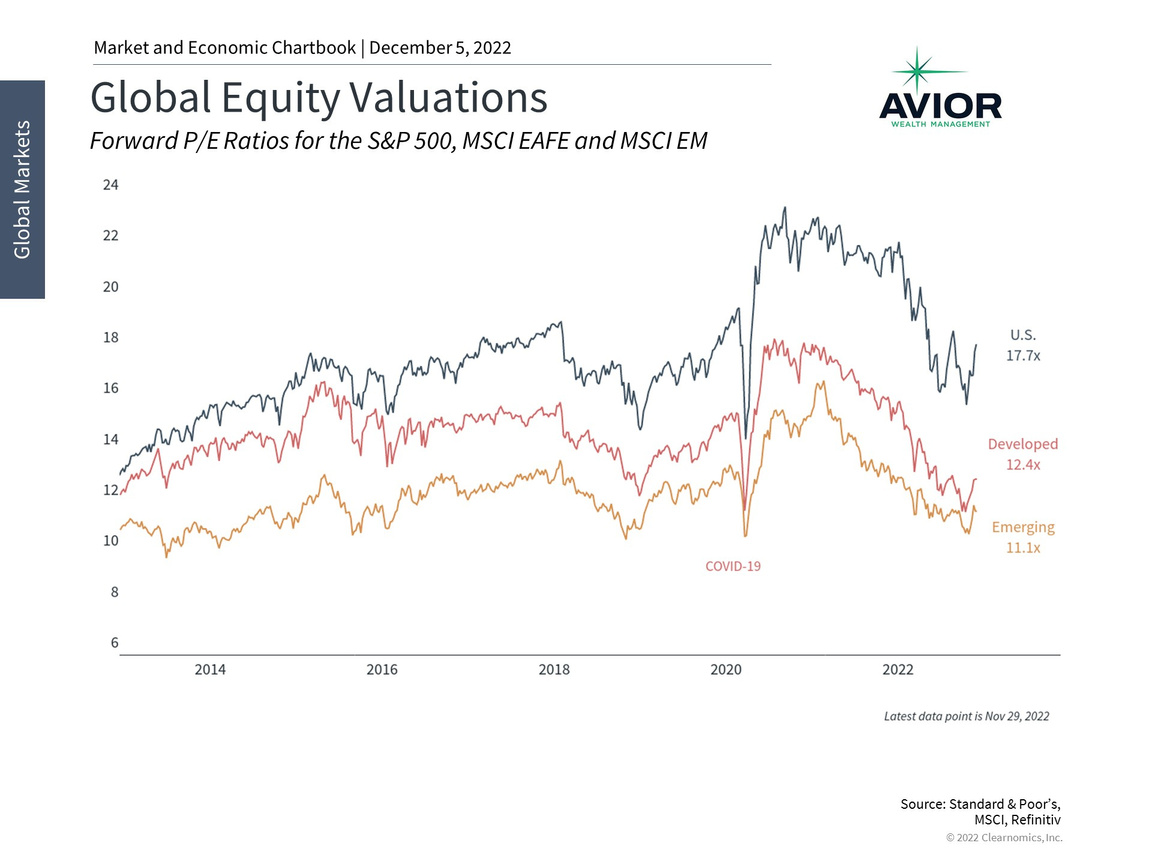 Unfortunately, some investors may have grown discouraged with international investing over the last decade due to a series of challenges faced by developed and emerging markets alike. Even during the many years when international stocks performed well, the U.S. typically experienced outsized gains. For this reason, the U.S. has had significantly more expensive valuation levels over this period, as shown in the chart above.

However, the events of the last few years only underscore the need to stay diversified and to take advantage of more attractively valued investments. Predicting which region or country might outperform in any given year is not only difficult, but might be impossible. While the U.S. has done well over the past decade, the decade prior to this experienced significant growth and returns across international markets. Ultimately, this is not an either-or choice. Instead, what matters is maintaining a proper asset allocation that benefits from global trends across all regions, ideally with the guidance of a trusted advisor.

In this environment, it may take time for trends such as high energy prices and geopolitical tensions to be fully resolved. Investors should also not be surprised by unforeseen events such as those of the past few years. However, other factors such as Fed tightening, interest rates and financial conditions have begun to ease. As this occurs, poor economic performance and investor sentiment could shift in many countries. This won’t be an overnight process, just as the OECD’s forecasts suggest, but this is also why it takes patience to be positioned for long-term gains.

The bottom line? Investors ought to stay globally diversified to benefit from international investment opportunities.